If I asked 10 CEOs if they had confidence in the forecast that their sales leader gives them, nine of them would say no. We see this time and time again. Why does this have to be so hard?  There are several reasons.

Some sales leaders simply provide a list of all of the opportunities in the system with dollar amounts and close dates associated.  Let’s call this the opportunity dump.  It typically has everything from “I talked to someone there” to “Should get the PO next week.”  The sales leader expects the CEO to know how to interpret this report and decide what is real and what is not.  That’s never going to happen and that forecast is useless.

Next we see the “Weighted Forecast.”  This is where we take all of the opportunities and multiple the deal amounts by some probability factor (either defined by stage or by the salesperson’s opinion) and then add up all of those amounts.  However, these forecasts are often unreliable because a $500,000 deal at 25% does not mean you should forecast $125,000. If something is really at 25% probability, I would forecast $0.

Then there is the approach where sales leaders say “I am only going to forecast deals that are in stage x or later.  Maybe they even take these later stage opportunities and apply a weight factor.  This is better, because you are filtering out all the noise from the early stage deals that won’t close, and discounting some, but they still include deals that the salesperson doesn’t feel great about.

All of these approaches miss some fundamental elements that CEOs want to see:

So what’s the answer?  We have implemented this simple approach at multiple companies and CEOs love it.  Here is the basic concept –

Segmenting these deals can be easy.  If you use a CRM, create a “Forecast Status” field or something similar.   If you are on spreadsheets, create a column.

Now if I am the CEO, I know what I can count on and possible upside and can plan accordingly.  I know timing of revenue which can help me manage other areas like inventory and operations costs.  And just as importantly, I know that my sales leader is taking a realistic look at the business and not just counting everything.

This is a different way of looking at forecasts, but I have seen it make a huge difference in how the CEO and Sales Leader communicate. 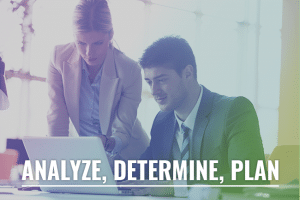 Customer Retention – Here’s How to Keep Them

If we were to walk through your company front door and go up to anyone in your sales department and ask them what their client retention rate is, would they know the percentage? We challenge you to do just that. It’s shocking the number of times we’ve done this, and someone couldn’t give us an accurate percentage. 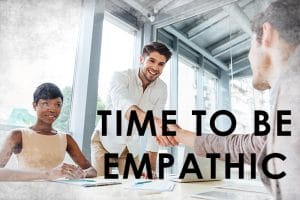 Selling With Empathy Is Essential

Unprecedented times are upon all of us. Anyone who has been through substantial changes, personal, or professional, likely has never seen anything like what is happening today with COVID. This pandemic impacts the entire WORLD. Because of this, choosing empathy when dealing with others is critical regardless if it’s your family, team, boss, current customers, or prospects. 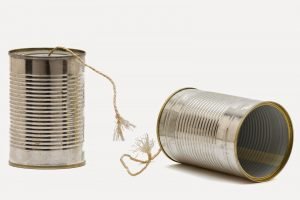 Why don’t they understand?  When communication breaks down.

Do you ever come across people that just don’t think[...]