My Sales People Won’t do What I Want Them to do! 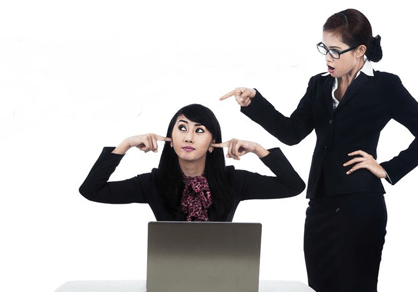 I’m sure that as a sales leader or a CEO/Business Owner, you’ve never uttered these words or anything like them, but let’s just pretend for a minute that you have sales people that aren’t necessarily living up to your expectations.  Play along with me.  Why does that happen?  Is it because they are all arrogant people that don’t care about anything but themselves and making commission?   That may possibly be true for a few of them, but in general that is not the case.  Are they “unmanageable” like I hear many executives describe them?  Is it really like trying to herd cats?   No, I don’t believe that either.  To truly understand how to drive sales people’s behavior, we have to first understand why things are the way they are today.

Let’s pick a behavior your trying to drive or shape – a popular one is getting sales people to chase NEW accounts rather than just work the same old accounts over and over.  No matter what we say or how many times we stress that we need more new accounts, the reps just are not doing it.  We have found this to be the case multiple times.  When we look deeper, here are some things we find:

When you look at it this way, it’s pretty obvious why they are not out there hunting.  The Behavioral Sciences can teach us quite a bit about how to change the scenario above.  There is a basic concept if Behavior Sciences called ABC.  It’s an acronym and the A stands for Antecedents – anything we do to set up the behavior.  In this scenario, the executive might have talks about the need for new clients in meetings or put out memos or display charts and graphs showing the need for new clients.  These are all good examples of A.  The B stands for the behavior that happens or doesn’t happen.  In this case, we want the Behavior to be “Reps calling on Prospects.”  The C is the Consequence related to the behavior.  Consequences can be positive and reinforcing or negative or they can be non-existent.  Here is the secret.  The behavioral people will tell you that most companies will spend 80% of their time on the A and 20% of their time on the C.  That is completely opposite of what is needed to drive a behavior.  80% of the effort should be on the Consequences.  Given the example above, the Consequences for the WRONG behavior (selling to new accounts) is actually being reinforced (they get the same commission, they like working with current clients, they may even get congratulated or recognized).  This system is set up perfectly to drive sales to current accounts, and that is what happens.

So how do you change it?  Change the C.  Change up the consequences.  Here are a few examples:

These simple thing can shape behavior if they are done consistently.  If you are haphazard in how and when you reinforce, you may not get much of a result.  But if there is steady rhythm to the consequences, you will see behavior change fairly fast.

By the way, no consequences are in fact a consequence.  If I do exactly what you want me to do but feel that nobody notices or cares, I am not very motivated to do it again.  Money alone is not the only motivator.  Most people need more.

This same ABC principle can apply to many things such as using CRM, getting expenses in on time, asking good discovery questions, following a process or policy, etc.  Really focus on the consequences and before you know it, you will be a champion cat herder.