« Where Will Significant Sales Growth Come From?
Back
Finding the Right Sales Person for your Company » 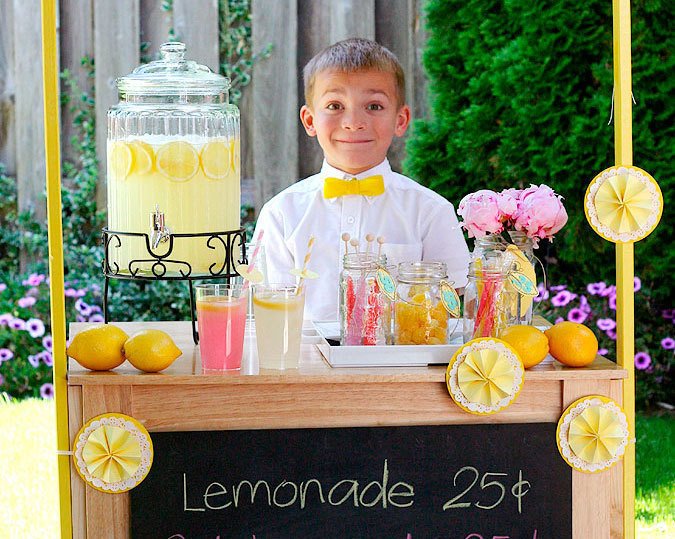 We recently had a group of sales leaders together as part of our Sales Leader Alliance and the topic was how to think strategically.  We put them through a simple exercise where they developed their growth strategy for launching and managing a lemonade stand.  This group of individuals were awesome.   Talk about thinking outside of the box – they came up with ideas such as aligning with youth soccer programs (with some of the profits going towards the league), developing an app that showed which lemonade stands were open in your area, developing a Facebook page where you could see who was buying lemonade, etc.   All very creative ideas.  They were all free to think way outside the box and the results were great.

Then something interesting happened.  We had them take this same type of thinking and apply it to their own business.  The result was very surprising.  These same energetic, creative individuals were now stuck to some degree.  Why?  Many of them felt greatly restrained by their current situations.  When thinking about the lemonade stand, anything was possible.  But in their own companies, we heard things like “We’ve tried that before and it didn’t work” and “Our competition is already doing that” and “We would need to invest a lot of money to do that and our company won’t do that.”  They were shutting down their own ideas before they could even explore them thoroughly.

Next, we put them through one more exercise – the sales leader for the business was not allowed to talk or shoot down ideas.  Their colleagues from other businesses were supposed to come up with ideas for their silent teammate – and they did.   Each group came up with a number of new ideas that their teammate could potentially explore further and the ideas were good. Sometimes one idea wouldn’t be great, but it would spark an idea from another person on the team.  This continued for a period of time until there were several good ideas on the table.

So what was the big lesson?  Strategic Thinking is NOT Strategic Planning.  You are limited when your thoughts immediately jump to budgets, limitations, people needed, etc.  It stifles your ability to think outside the box.   As a result, the next big idea that could potentially have a dramatic impact on your company never comes to fruition.   When exercising Strategic Thinking, it should be much more like brainstorming – there is no such thing as a bad idea.  Get everything out of your head and onto paper no matter how weird it may sound.  There will be plenty of opportunities later to prioritize or kill ideas.  But don’t let that happen too soon in the process. Leverage the power of iteration – take the weird idea and revise it over and over until it becomes something useful and possible.

Only after you’ve exhausted your ideas, then ask yourself the following questions:

This is the time to start weeding out ideas or refining them.  But remember - the power of limitation can kill the power of possibility.  Don’t let that happen because there is an existing or new competitor out there that is not constrained by their thinking.  And guess what?  They are just waiting to launch something new that will kick your tail.

Hiring A Salesperson With Customer Service Skills
How To Find Your Ideal Clients
Video Guide: Go From A Trial-And-Error Approach to Sustainable Revenue Growth
1 2 3 … 22 Next »