September 26, 2019 | Posted by Ann Turner | In the News, Recognition, Rewards and Recognition

Catallia was founded in 2005 and built on the heritage and values of its founder Cathy Cruz Gooch, a third-generation Mexican American whose grandparents immigrated to the United States in the early 1900s. Cathy partnered with her husband Harold and her parents. Cathy Cruz Gooch drew from a rich culinary background to create tortillas, burritos, and tortilla chips for Minnesota retail stores and restaurants.

Pivotal Advisors has been working with Catallia and wants to congratulate them on all their hard work and success.

Check out this clip from CBS Minnesota news! 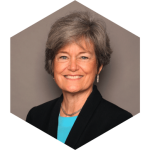 Ann is a Senior Advisor at Pivotal Advisors. She has well over two decades of leadership experience in sales, marketing, and training. She has worked with start-ups, small businesses, and Fortune 500 companies with a focus on B2B. If you want to find out more about Ann, check out her profile here.