Compensation – Do You Really Need To Change It?

Compensation – Do You Really Need To Change It?

As owners look for ways to keep their salespeople engaged and motivated, they may consider changing the compensation plan. But while paying people fairly for their work is indeed important, there’s a misperception that compensation will drive productivity and motivation in the workplace. Instead, you may want to look at what led you to that conclusion.

There are several ways that compensation is brought up, either by the company or the employee. Many times, the topic is prompted by the individual salesperson, because they are feeling undervalued. In the sales world, there are two separate value systems, there’s the company and there’s the salesperson. When one fails to help the other feel valued, they are more willing to end the relationship. It also can be prompted by owners or CEOs when they see the commission expense line on their P&L and immediately jump to the conclusion that they are paying the salespeople too much.

In the professional world, many people tie their value to the amount of money they are paid. If that’s the case, do you think increasing their salary would allow for them to feel more valued? If you say yes, you may be mistaken. Ultimately feeling undervalued isn’t linked to their pay. There are several reasons why someone may feel undervalued:

Of course, employees want to make more money, but it is not the primary concern. Instead, employees want to love their job and their company. They want to know that what they do is valued. If you want to learn more about company culture check out our blog on “What Is Company Culture – How To Fit.”

Deciding what your company’s compensation plan should look like is an issue that every company struggles with at one time or another. It’s often a fine line between paying enough to attract and retain the best salespeople, without breaking the bank.

What companies tend to look at is the value in which a salesperson brings to the table. They look at things like:

Truth be told, a new person entering the company may make more base pay upon entry than someone who’s been there for two years. This is because companies use base pay as a way to lure good salespeople. Despite that, companies do want to be fair and understand the value of compensation to all salespeople.  According to Tinypulse, “43% of workers would be willing to leave their companies for a 10% salary increase.” Companies should ask themselves what their strategic intent is when it comes to compensation.

According to Leigh Branham, “89% of bosses wrongly believe their employees quit because they want more money.” The easy answer to a salesperson who is asking for more money is to give it to them, which can create a bad precedent and disparity with other salespeople.  However, according to the Journal of Economic Behavior & Organization, “Some workers believe the relationship between income and career is complex, and raises increase workplace happiness only temporarily rather than creating a permanent sense of being valued at work.” Money is only part of the problem.

Instead of reacting immediately and giving them the money, ask them why they want more. Has something changed in their personal life? Are they feeling undervalued? Is a competitor or recruiter dangling a larger salary in front of them? Do they want an increase because they have been with the company for a while? Ask to determine the source. Based on what they say, you can address their concerns differently.

Compensation can offer more leverage and potential to help employees focus on what the company considers essential. Sales leaders can use compensation to shape their teams’ behaviors based on the company’s mission. If the company strategy is to focus on one product over others, then set a higher compensation rate for that product. The same concept can be applied to obtaining new customers vs. maintaining current customers, if the strategy is to focus on new. Salespeople need to know what they’re being measured on and whether the possibility of reward is within their control.

Have a plan for when you talk about compensation. How and when is it talked about? Once a year? Twice a year? Under what conditions is compensation open for review? Strategy changes? Huge company changes? Or market and industry changes?

If your team knows once a year you talk about pay increases and responsibility, they will most likely hold their questions and concerns until that time. If you have that in your plan, you’ll never be reactive and just give in.

Mike is a founder and co-owner of Pivotal Advisors. He has worked for 30+ years as a salesperson and sales leader. Mike has been a guest speaker for many groups such as University of Minnesota, MN Quality Council, and ASTD. If you want to find out more about Mike check out his profile here.

Insufficient Accountability – There are quotas, sales managers, and a[...] 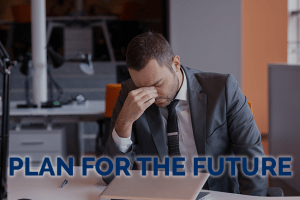 Financial Crisis – What Your Business Can Do

Crises, at any level, are disruptive. During times of intense disruption, like the COVID-19 pandemic we are experiencing, two things are essential: 1) Navigating the immediate financial risks to emerge with minimal damage: 2) Preparing for a post-crisis world that might look distinctly different from the world we live in right now. Many business owners are focusing too much on the now and not on their future.

Using Your Style to be More Effective

Have you ever just hit a roadblock with another person[...]