If they are not careful, it can take anywhere from three months to a year for a new sales leader to burn through all their political capital, and it's hard to gain it back when they do.

When Mason first started his new role at Widgets Inc., everyone was really excited to have him on board. During the interview process, everyone really seemed to agree with Mason's original thoughts and plans and appeared ecstatic for him to implement his new ideas. He was the new shiny peacock. But, after he spent his political capital on hiring a new salesperson and not informing the CEO, he went from a bright and strutting peacock to a quickly used up feather duster and everyone knew it.

Over the last few months Mason recognized that the current sales process was not aligning with the way customers were buying. But he was gun shy about trying to suggest change. Mason needed to figure out a way to make up for his loss of influence within the organization if he was going to ask anyone to make another change.

He called Roy and after a long discussion, they came to a mutual understanding. This was the right thing for the company, but he must not proceed alone. This potential change seemed minor to Mason, but it affects all of the other processes and people regarding how they interact with their most valuable asset, their customers.

Roy said he’s seen some really great idea’s over the years. However, in some cases the train never leaves the station because the conductor has no political capital left. Peers just grin and nod but do not lift a finger to connect the right cars to leave the station. Then a new conductor comes in and takes a different approach and everyone is whistling while they work.

Mason leaves the conversation, thinking I want to help this team whistle. So, he takes Roy’s advice and humbles himself to get more grounded.

Cultural fit means an employee’s beliefs and behaviors align with their employer's core values and company culture. The do's and don'ts of an organization are real things when it comes to fitting in.

Mason decided to better acquaint himself with his colleagues. His colleagues have more history with the company and more institutional knowledge than he does. This makes them a great resource in figuring out why things are the way they are.

Next, Mason wants to gain "buy-in" from not only his colleagues but also his team. According to HubSpot, "4 out of 5 new leaders felt they weren't prepared to craft and get buy-in for their team vision." Mason knows it's hard to get people to see the same vision as himself, so he starts off with:

Mason is trying to ensure that the correct decision-makers and influencers are seeing the same trends with customers’ buying processes that he does. Once he feels like their seeing the same things, he starts compiling more data.

He circles back with the CEO and shares his early trends and data. The CEO agrees he should keep moving forward with his plan. The CEO suggests he should gain more feedback from the team. This was an initial struggle at Widgets Inc. because Mason feels a few other leaders openly disagreed with some of his ideas in a few meetings. He took that personally.

Seeking feedback from others can make him feel very vulnerable. However, people will help him understand the culture and can identify trends or patterns they might see, blind spots or past failures. Mason knows this can help him hone his ideas and it is for the betterment of the company.

After learning more from the people Mason works with, he decided to run it past his mentor, Roy.

Roy stated, "now you see the difference between telling people your plans vs. sharing an idea and asking for candid feedback.”

Mason agreed and said, "Yes, in the past I had earned enough trust or political capital that the other leaders went along with my ideas. Come to think of it, I probably wore them down on my idea being the best, and they just nodded for me to stop talking."

Roy replied, "There might be something to your statement." They agreed that Mason's next course of action would always tie back to the right people and a company benefit.

How Will the Company Benefit?

Mason knows CEOs and owners get a lot of good ideas daily, so he needs to stand out when he is pitching his idea.

While pitching to the CEO, Mason must be aware of his priorities and key challenges. According to research by Predictive Index, "39% of CEOs say their number one priority is strategy development, followed by talent strategy (30%) and operational execution (16%)."

Mason needs to explain clearly how this sales process change will benefit the company. He needs to understand the company's priority of needs can change rapidly in a smaller business. He must tie it directly to shortening the sales cycle time, improved profits, and better customer engagement.

Mason needs to make sure that his idea is not disconnected from the company vision. Next, he will need to explain exactly how this new initiative will be measured.

In his mind he thought of another “Royism”. If you do not get a scorecard in place how will everyone know if it’s working?  Then he was off to another meeting…

Mason, the Sales Leader, started out getting hired for Widgets Inc. was thrilled to start making changes and getting things rolling. He made a few mistakes by spending all his political capital with a new hire without telling the CEO and ultimately alienating his team. But he learned what not to do and how to start gaining his political capital back by becoming a more accessible authentic leader, a better communicator, and took the team with him on his ideas.

If you read this blog and thought to yourself, I’ve been faced with some of these (Pivotal Moments) situations and handled them differently for better or worse. We’d love to hear from you. Sales leadership can be a lonely trail at times. I’m here to tell you, it’s not as lonely as you once thought. Let’s connect. The power is in the collective wisdom. I’d love to hear your story. 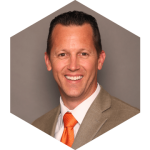 Improving Sales Communication with Your Team
Why Do Companies Struggle With Finding Good Salespeople?
Improper Onboarding | Top Factors That Stop Sales Growth
1 2 3 … 31 Next »