How a Golf League launched A Sales Consulting Firm 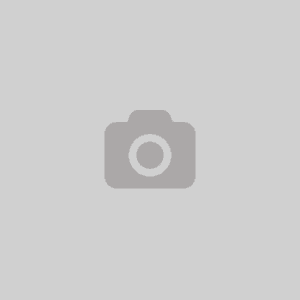 Once upon a time, in the year of 2005, in a land not so different from our very own there was a mediocre golf league. Two brothers, by the names of Mike and Gary, didn’t know it at the time but they were destined for greater things.

Let’s start at the beginning, where all great stories originate. Thursday night on the golf course, Gary, as usual, showed up late to the game. He would often scramble to the first tee, slice it out of bounds, then shank one in the woods. Gary would spend the next three to four holes complaining about work and how crazy his job was.

Mike, having been through a similar situation with his company, could easily relate to how stressed Gary was. However, by putting in place both structure, and processes, Mike was able to gain control of his predicament and scale his company to new heights. Gary listened reluctantly, to his brother, as Mike shared with him how the changes he made helped him. But even more so it made Mike’s life more comfortable and made it so that he wasn’t running around with his hair on fire any longer.

These talks became the trend for Gary and Mike on the golf course, not a useless trend like super baggy pants, man-buns, or avocado toast, but a productive trend. Each week during golf, Mike would coach Gary on how to implement practical structure processes, and proactive systems.

against goals, which helped him spot trends and his own coaching opportunities. He started to see the power and impact of coaching people versus “telling” people.
Gary made the fundamental shift from directing people’s action to focusing on making his team better. A team, in the words of Henry Ford, can succeed much, “Coming together is a beginning, staying together is progress, and working together is success.” Gary saw that the results were undeniable; sales grew immensely. All was well in the land.

Fast forward to the year 2008, the market is crashing, and the consulting firm Mike was working for was in the process of TRA. As he was sitting with his brother Gary, he turns to him and says, “We always said we wanted to start a business together, and if we were ever going to do it, now is the time.” Half joking more than half serious they both started to contemplate how their actions with coaching and managing sales received more than ideal results.

All a sudden, the brothers jumped up out of their seats and raced to grab a whiteboard. They both started clambering to get their ideas down. Even occasionally writing over one another’s words. Once both brothers could no longer think of anything else to write, they stepped back in awe. They realized they had just concluded the concepts for which they called the “Sales Performance Factors.” They knew they were onto something huge thus, later that year with smiles on their faces and those performance factors Pivotal Advisors was born!

Taking and adapting those whiteboard concepts, Pivotal Advisors helps to build other companies’ sales so they can achieve their next level of growth.

These Sales Performance Factors include:

In the year 2009, 17 brave clients heard about Pivotal Advisors and chose to step up to the plate. They decided well – their sales flourished. In 2010, Pivotal Advisors doubled their revenue and officially established that these concepts work. Today, they have worked with hundreds of sales leaders and teams to replicate their success. In fact, some of those same companies from 2008 and 2009 are still ongoing clients.

Even, after all these years, Gary often wonders if Mike’s ulterior motive for coaching him was to take the stress off him so he would golf better and actually show up on time.

The End… err… rather the beginning.